This page may contain fake, misleading, or incorrect information. Take this into consideration when reading or editing this page. Read more...

Atmokinesis is the ability to manipulate the atmosphere via psychic means. A user of this ability can change the weather and can cause freak weather. This ability allows manipulation and creation of natural weather conditions, such as, rain, thunderstorms, snow etc... 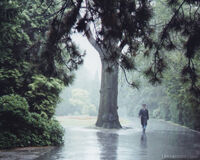 Season Manipulation, also called Season Evocation or the Seasonal Effect is the psychic ability to induce factors which indicate the different seasons. Winter's days are shortest, and its nights are longest; it marked often by lower temperatures, and perhaps snowfall and snowstorms; spring's weather is typically warm and rainy, with plant life reverting (or progressing) to a more "green" state; summer has the longest days and the shortest nights, and the hottest weather; autumn is when the weather is most temperature, when leaves on certain plants change or fall off.

Storm Generation is the psychic ability to induce fluxes in the atmosphere, but only to induce storms. One with this ability can only cause the sky to bring forth strong wind, rain, lightning and thunder. Although, either way, the user cannot reverse the effects; the storm must pass on its own, unless the user has the faculty Storm Calming, also called Storm Negation. This ability often occurs as a replacement for normal Atmokinesis.

To develop atmokinesis is simple for one with the mind opened and strong, and difficult for one with the mind closed and weak. The user must be at its very focus to change the weather patterns. It is very important the user to sit outside at a weather view when practicing atmokinesis. Also the user must feel linked to the weather actions, like if they were it's emotions that controls them.

A day with single clouds. The user must concentrate on a small cloud to commence developing this ability. Once focused on a cloud, the user must imagine the cloud vanishing (the user can help itself by whispering the cloud to disappear) by decreasing its density with a little wind blowing the cloud until vanished totally.

Particularly cloudy day, the user must concentrate on a set of clouds. The user has to close its eyes and try to imagine separating the set in two, the user can take his time until it feels the clouds are separated.

A clear day or a particularly cloudy day (to help the user create the cloud). The user must imagine a cloud forming above itself (it may be easier to imagine increasing the density of water droplets in the sky in order to form the cloud). The user can also create Ki/Psi Balls in it's hands and send them to the sky as energy to create it. 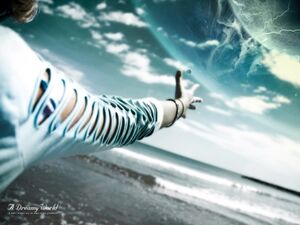 In case the user doesn't control this ability anymore, this skill is very useful to unblock/reactivate it. The user should sit outside a bit, during a storm. Watch how the weather acts, try to get a feel for it. What's going on is that the user have probably gotten so used to whatever form of atmokinesis created, that the user have kind of developed a mental block. The user expects it to happen, and that simply isn't going to happen. The user has to try to allow itself to feel how the wind changes, pressure drops, lightning and thunder, etc. a storm naturally produces.

The user must remember, the users do their best manipulating an existing storm, not necessarily producing one. Also the user can meditate, because that way the user can find the way and fix it/unblock the mind, and not thinking in anything but to be conscious in that moment. The user must make sure to just not let it's mind doubt, and the user will quickly notice that things will get easier.

Bloodstone is known to enhance this ability due to the mystical properties of bloodstone aiding one in controlling the weather.

This ability comes naturally to some, but is almost seemingly nonexistent for others. To test your aptitude, start on a clear, calm day, preferably sunny, with little or no wind. Take great care to choose a location where clouds are moderately small, puffy, and perhaps scattered. If there are so many clouds that you cannot discern the difference between the vapor blanket and the sky above, not only will progress be hidden by the other clouds, but you may get distracted.

Now, you might want to get a chair if you plan to rid the sky of clouds; it usually takes a while for the first few times. Focus in on a cloud. You may close your eyes if it helps, but I personally find that it helps to see the cloud. Now, imagine the cloud changing shape. Shrinking, perhaps, or maybe growing. look for shapes in the cloud, and imagine them growing as if they were sentient. Try to make the cloud vanish. If there is no progress, don't worry; There usually isn't. Try to remove the cloud from your mind, but soon return your gaze and your thoughts to the cloud. try this until you become fairly skilled at it.

Retrieved from "https://psi.fandom.com/wiki/Atmokinesis?oldid=137319"
Community content is available under CC-BY-SA unless otherwise noted.